At the Model UN at Universidad Autonoma Madrid, I participated in the delegation of Mexico in the ECOSOC committee, which focuses on economic and social matters. We debated the role of women in peacebuilding and similarity, the overarching topic of how the international community can support women. 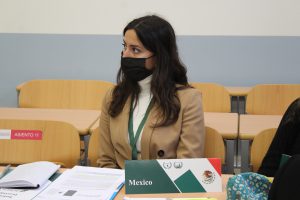 We eventually passed a unanimous resolution, of which I was thrilled to be a sponsor, furthering the principles of the UN WSP (Women Peace and Security) agenda. It was a big feat to pass it unanimously, given geopolitical feuds, age-old east vs west problems, and continuous pushback from certain Islamic countries. However, after days of intense discussion and amendments, we passed the resolution. It was an eye-opening experience to the world of the United Nations, how much work goes into writing and editing such resolutions, and the practicalities of diplomacy. The UAM was a wonderful host and I exhausted myself as much as I truly had fun. 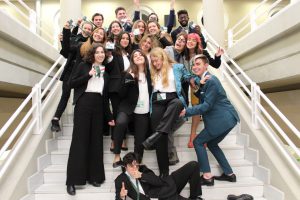